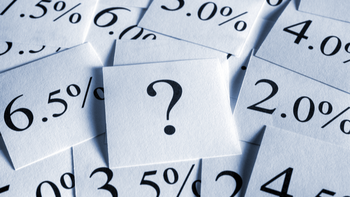 Picture this: You have to spend $10 for a chance at earning $100. But it’s much more likely you’ll receive just $5 in return.

Would you still pay up?

Or, say you need to submit your email to win a free home from HGTV. (Yes, this is a thing.)

Would you enter if you knew that 2.5 million other people were doing the exact same thing?

Statistics show that you just might. These are variable rewards, and longstanding research shows they’re powerful. The psychology behind this phenomenon represents a surefire way for restaurants to attract and maintain customers—even more than traditional points-based or buy-one-get-one-free reward strategies.

What Are Variable Rewards?

Initially documented by B. F. Skinner in the 1930s, experts have spent the last near-century refining their understanding of rewards-driven behavior.

Let’s go back to Skinner for a moment. The man is famous for his experiments involving operant conditioning using what’s now called the “Skinner Box”: a container equipped with a lever that released food. In his research, the psychologist placed a hungry rat inside the box for observation. The rat ate the food, explored the box, and only occasionally returned to the lever. But the reward wasn’t variable.

So Skinner made a few adjustments—reprogramming the lever to only release food intermittently. He then discovered that the rat would continue the behavior even when the food appeared randomly.

The kicker? The rat actually returned to the lever more when the rewards were variable. And Skinner learned that rewards were in fact more powerful when they lacked predictability.

The truth is that there’s a dopamine rush involved in the unknown—in taking a minor risk to have a shot at winning big. Dopamine is the neurotransmitter that quite literally drives us to seek out rewards, and it’s released in greater quantities when we don’t know when we’ll be rewarded.

You get the picture. To take things a step further, let’s look beyond Skinner’s rat experiment and talk about relationships. You know the rush you get after you just start seeing someone knew? Some believe this is rooted in wondering if you’ll ever go out with the person again, or in not knowing whether they’ll text back. Since early-stage relationships are filled with a unique set of variable rewards (and, in some cases, complete uncertainty), that same dopamine rush applies.

Why is this, though? Why do we crave uncertainty, or unpredictability?

Here’s the thing: Schedules of reinforcement play a critical role in our learning process. The frequency with which a specific behavior is reinforced can help determine the strength and speed of the response. This is why some people grow anxious when their partner is unpredictable in their communication, double-texting or reaching out for bids to connect, while others—generally those whose partners communicate consistently—are more secure.

In layman’s terms, intermittent reinforcement keeps us hooked. And a variable-ratio schedule where we don’t quite know what’ll happen next can create a steadier response rate.

Embrace the Power of “Maybe”

According to Dr. Robert M. Sapolsky, the uncertainty of the reward results in sky-high dopamine levels. This dopamine rush occurs no matter the value of the reward—which is ultimately unknown.

It’s the reason people might register for the mere chance to win a free trip to the Bahamas, or French Polynesia, or Alaska, or wherever.

With variable rewards, the possibility of winning something appealing produces similar dopamine levels to actually receiving the reward. People envision themselves winning big, and for most, that’s enough to get that rush they so crave.

To this end, restaurants should consider embracing the power of “maybe” in their rewards programs. Rather than using conventional feedback loops via punchcards and spend-$30-save-$10 specials—which are still viable opportunities—owners and managers should consider incorporating variable rewards into their offers.

Again, this is because variable rewards are an even stronger habit-forming mechanism. They’re meant to captivate users, to capture prospects, and to drive sales using the same psychology as gameplay.

At the end of the day, we’re creatures of habit. We prefer the consistency of what we know. And our psychology is essentially programmed to repeat the same actions we’ve already taken, time and time again.

As you might have guessed, this is exactly why variable rewards are so effective in the restaurant space.

Variable Rewards in the Restaurant Industry

When it comes to offering variable rewards at your restaurant, you have plenty of options.

One appealing approach is to offer variable cashback rewards depending on how busy your establishment is throughout the day. Rather than offering 5% at all times, you might offer anywhere from 1% to 20% cashback depending on whether you’re operating during peak hours. These will keep people hooked, and eager to pop in when they can reap the greatest benefits from your system.

And that’s not your only solution. You might encourage your email subscribers to sign up for a special giveaway where they can win a free meal for two—but the winners will be selected randomly, so long as they take the right steps to sign up. This is a surefire way to build your list and bolster your loyalty program, as diners will want to try their hand at winning.

Really, the opportunities for variable rewards abound. And now more than ever, restaurants have gotten creative. Bingo games, trivia nights, and other group events where only some win big have proven to captivate new guests and keep returning customers eager to come back for their next bite. So whether you offer a free growler, a complimentary meal, or a gift card to the winners, your investment will pay off. You’ll almost certainly fill all your tables the nights you offer variable rewards.

Why is this? You guessed it: intermittent reinforcement, and the power of variability. Our ancestors were laser-focused on the hunt for food and shelter, and today we’re on the lookout for good deals and exciting perks. Human beings are admittedly a little more evolved than the rat from Skinner’s experiment, but psychologically, our rewards systems are similar. And there’s no shame in that.

With that, we urge you to incorporate variable rewards into your program. The rewards should be fulfilling yet unpredictable, diverse yet simple to understand, and therefore leaving your guests wanting more. Be sure to keep us posted on your progress!

Are you ready to develop or refine your restaurant rewards program? Connect with Spindly today, and our expert team will walk you through everything you need to know about offering rewards in the food and beverage space.

With us, rewarding your most loyal consumers is easy. All you need to do is set your cash-back offer, wait for it to be published, and watch your community buy from you in-store. They’ll pay full price, and you’ll only need to cover the cash back on the sales our platform delivers.

If you’re interested in learning more, we have you covered. Contact us today with questions, comments, or to kick-start your rewards program.

Contact spindy if you have questions or comments about this article.